Gyeongbokgung Palace is situated the middle of Seoul, South Korea.  The original palace was constructed in 1395 under the Joseon Dynasty and served as their main royal palace. The or 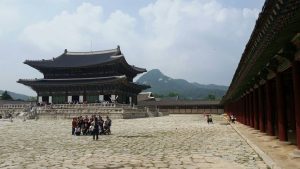 iginal palace was severely damaged during the Imjin War (1592-1598); however, it was reconstructed during the 19th century. The palace was destroyed once more during the early 20th century while under Japanese occupation. As of 2014, less than half of the buildings have been restored. 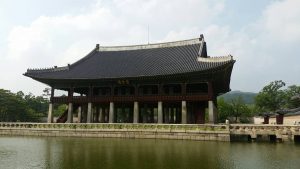